It wasn’t easy, but I forced myself into workout gear. I hadn’t been doing it for very long, so it was a slow pace. I kept at it, believing that some day, I’d get better. All of a sudden, I heard laughter. Menacing laughter and then a water bottle was thrown at me. I stopped in my tracks, confused as to why someone would do such a thing.

Some time later, I’m still battling the same struggles with my weight and body image. This time, I’m determined to make things stick. I adopt a new regiment and lifestyle. I go to the gym regularly, and believe that things will change with time.  One evening, the gym was empty.  I was the only person in a row of treadmills. As I jogged, I noticed two young men making their way towards me. They took the machines to my right and left side and began to jog.  Then, they decided to talk over me loudly. They acted as if I wasn’t there, having a loud, full blown conversation without any regard of how it may have impacted me.

A couple years later from that incident, I was in a boxing class. I had been doing it for a some time now,  and I had made great progress. I opted out of the regular fitness bag training for in ring experience and technique.  I decided to take two classes – this one was a beginner class, and would serve as a warm up for the second advanced class. The instructor understood this, and had intention pairing me up with first timers. I looked over at the girls.  They lookedi at me and giggled, commenting on how neither one of them wanted me to be their partner. They made judgments based on my appearance, and believed that I was not capable of handling the workout. 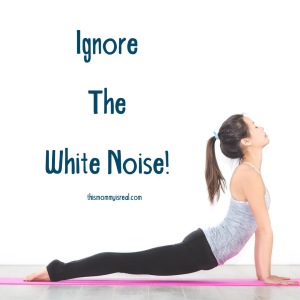 It is that time of year when people think about their health and physical fitness. They make resolutions and investments in meal plans and gym members. For many people, they are starting from square one. Being in that place is hard. You want to make the change, but it can be painful and trying. You want to try, but sometimes, it feels like it’s not working. In these challenging moments, you need all the support you can get. You don’t want or need to hear anything that would derail you.

The situations I mentioned happen to people in some form.  It’s exactly why some are hesitant to put effort. The beginning stages are hard enough without the judgement.

When those things happened to me, I could have turned around and quit. I could have let those people take charge of my own goals.  Instead, I turned a blind eye and a deaf ear. They are white noise.  I can’t let them dictate what I do.

If you’re with me and starting over, I applaud you. It’s not easy. There will be challenges and there will be those who aren’t supportive. It’s easy to react, and it’s hard to ignore. I hope that you remember that your goals are your own. You chose them and you have all the strength in you to achieve them. Never let someone steal that from you. Never let someone have that much power over you. They are white noise.

There will also be moments where it feels like nothing is working. Take a step back and reevaluate. Can you make changes? Can someone give you some advice? Don’t give up – everyday of work is a step closer to your goal!