After the recommendation was given, I sat in silence. I didn’t want to believe what the doctor was saying. I heard both good and bad things, but after all that I’ve been through, I didn’t want to face another failure or painful thing. A couple agonizing months had already passed. I could do this no more.

As I held the anti-depressant in my hand, I felt fear. I tried to ask the doctor about symptoms and reactions, but I found myself too afraid to contradict her. I followed her lead and began to take them.

Within a few days, the effects were harrowing. I did not feel well. In fact, I found myself feeling more anxious than I had been before. Another sleepless night, another fearful day. Could this be right ?

I called the doctor’s office and they kept telling me to remain on the medication. It takes a while for the body to adjust. It was a normal reaction and I had to give it time to work. I was in tears. I felt worse. How could I continue like this any longer?

The therapist was a nice enough lady. Yet, I felt like something was off. I didn’t feel connected with her. I didn’t want to open up to her. I didn’t feel any relief or reassurance under her care. I didn’t believe in the things she was telling me or the recommendations she gave. I thought it was me. I thought it was the due to Postpartum symptoms. So, I continued under to be her care, not feeling any better than when I started.

One late afternoon, I found myself crying uncontrollably. I was very anxious and afraid. I felt high strung and apprehensive. I was convinced that this was the medication. I left a message with my Doctor’s office, praying they would help. I left a message with therapist who promised she would call back after her family commitments. Before she hung up on me, she left me with one message, “Do not be afraid to be your own advocate.”

She never called back after that, but her words were true. All this time, I yielded to what these professionals were telling me. They were the first experts after all. What did I know? 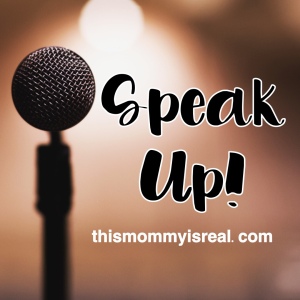 The next morning, the doctor’s office called back. I told them every symptom and feeling. They still mentioned that I stay on. I finally decided that enough was enough. I asked if they recommended me to see a psychiatrist specializing in Postpartum Depression and Anxiety. They agreed and advised that I stay on the medication they prescribed until my new psychiatrist stated otherwise. A week and a half later, I spoke with the new doctor and advised that I had no interest in being on my current medication. I weaned off and was given a new one. I have been much happier since. There weren’t any negative symptoms. It felt like a fog had cleared.

I also decided that I needed a better therapist. I tried to find someone that really made an impression on me. I needed someone whom I felt comfortable with and who I really believed in. I found that person the same time that I changed my medication.

Those two changes made a huge difference. I finally felt the comfort of recovery. In time, things got better. Life was better. Th fear and sadness began to slowly disappear. I felt I could function again.

I can attribute the changes to that one statement. “Be your own advocate.” It doesn’t matter what you’re going through. Serving as your own advocate gives you self-esteem, strength and power. Speaking up means you know your worth, and that you will do what’s best for you.

There are many people in life who will support you. But, only you can truly voice what you want and need. People may have their best intentions for you, but they will never really know what you need until you say it.

I can’t imagine what suffering I may have endured if I hadn’t spoken up back then. How long would I have been in pain? Speaking up then may have felt embarrassing or uncomfortable. However, not doing anything is now unfathomable. I am glad that I can speak up for myself. I am proud that I took initiative in my own well-being. For that, I can say I have no regrets.